A school safari trip and a meeting with a kindred spirit in the Serengeti, Tanzania

My previous school trips both as a teacher and as a student have included some great places (Paris, Morocco, London) but also some really crap places too.

Travelling in up front in the safari jeep, with a group of very excited children in the back, I sat with a permanently smug look on my face as I couldn’t help thinking to myself that I could possibly be on the best bus-man’s holiday ever.

Located in north-central Tanzania, bordered by Lake Victoria to the west, Lake Eyasi in the south and the Great Rift Valley to the east, the Serengeti Plain is world renowned as an ideal location for wildlife and nature photography. Its sweeping vistas cover over 60,000 square kilometres, which is about the size of Northern Ireland, and the area offers some of the most breathtaking and undisturbed natural habitats found anywhere on  earth, with more than two million herbivores and thousands of predators.

Seeing scores of zebras, giraffes, wildebeests, gazelles, buffalos and elephants freely roaming around in the vast space and watching families of big cats lounging around in the sun is a truly magical experience.

In addition to this, I learned about so many new animals, I had never even heard off – the dik-dik, thompson’s gazelle, rock hyrax, secretary bird, kudu, impala, superb starling and my particular favourite the impressively coiffured grey crowned crane.  Although, on one occasion I did let my guard down and blurted out a rather unprofessional laugh in front of my students when the guide said he had spotted a kori bustard in the grass (and if you are curious it’s a bird, if like me you didn’t know!).

I’ve learned so much about the flora of Tanzania too and can now tell the different between an Acacia Tortilis (Umbrella Tree) and an Acacia drepanolobium (Whistling thorn).

In short, the scenery was breath-taking, the animals incredible and my students were impeccably well behaved.

A personal highlight was sharing a boiled egg with a pair of very cheeky mongooses. Ever since I was about 7 and knew that a mongoose could kill a snake, an animal I am a little more than scared of, the mongoose became my favourite creature. So when I sat down to have my lunch in one of the designated picnic areas in the Serengeti and spotted a group of these little creatures nearby, I could hardly believe my luck and sat as quietly as I could, hoping one would come near enough to me for me to get it one film.

I almost exploded with excitement when two of the mongooses came so close that they even shared a little of my food (and I know I was not meant to feed them, but I felt that in the circumstances it was an exception).  Judging from the little glint in this mongoose’s eye, I believe he (or she) too knew that we were kindred spirits.

Here are a few snaps from my trip…

Cheetah on the lookout in the Serengeti National Park, Tanzania

Giraffe and Whistling Acacia trees in the Serengeti National Park

Migration of the Wildebeest in the Serengeti National Park, Tanzania 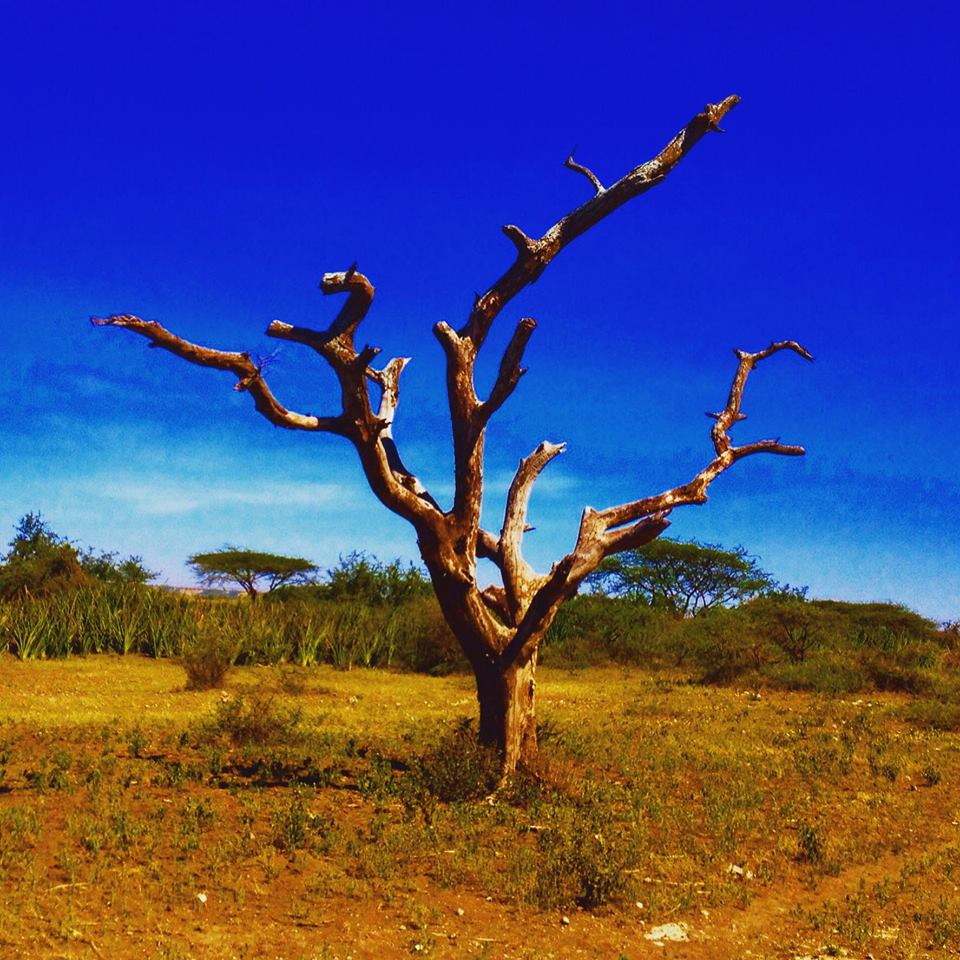 Tree in the Ngorongoro Conservation Area in Tanzania 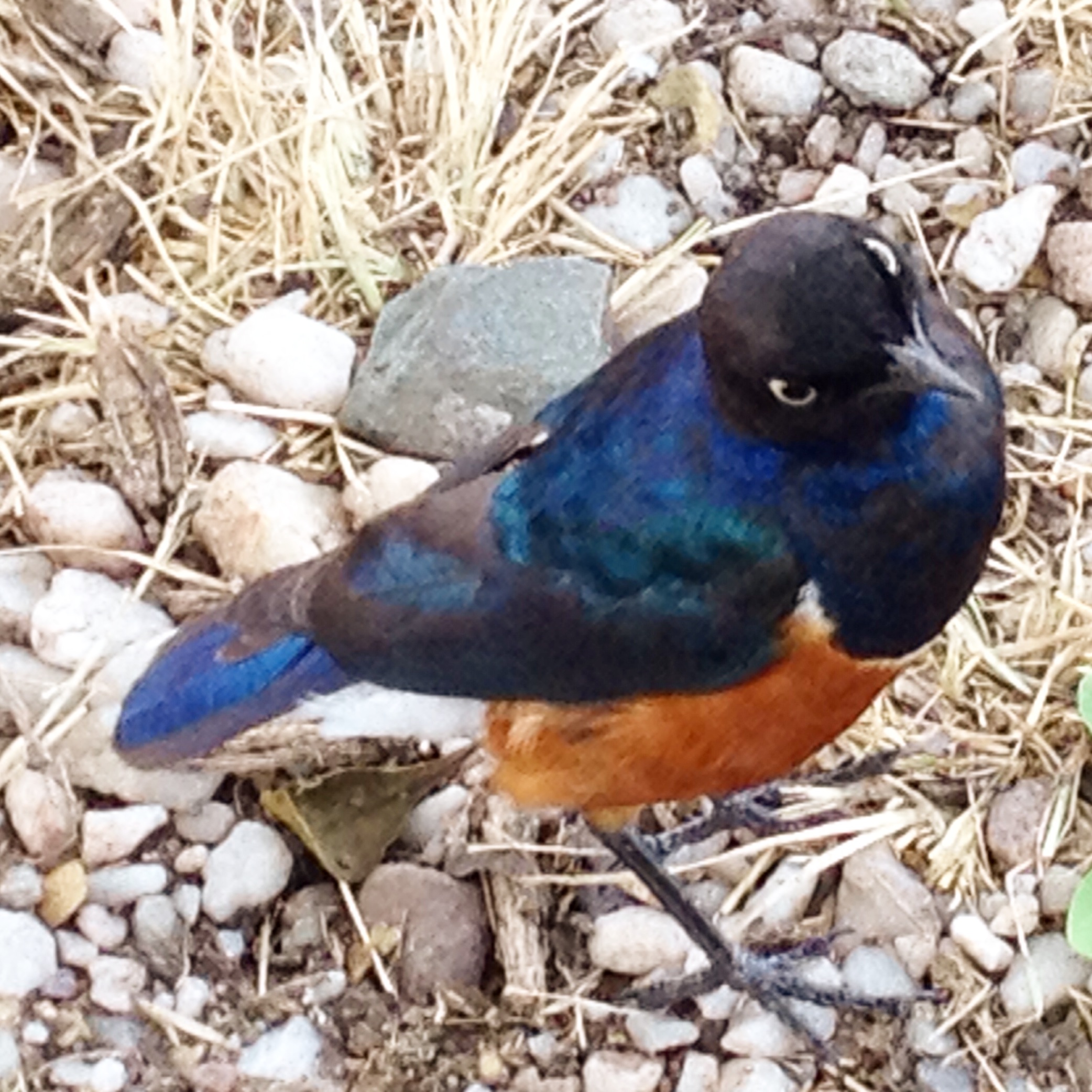 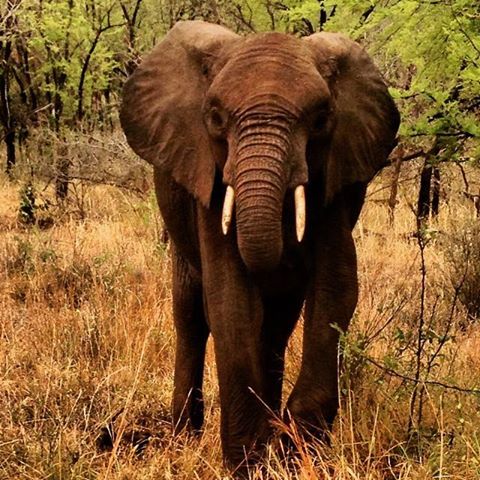 The Spotted Hyena in the Serengeti National Park

Buddha Belly flower at Bunda Campsite near the Serengeti

A very bold hyrax in the Serengeti National Park, Tanzania 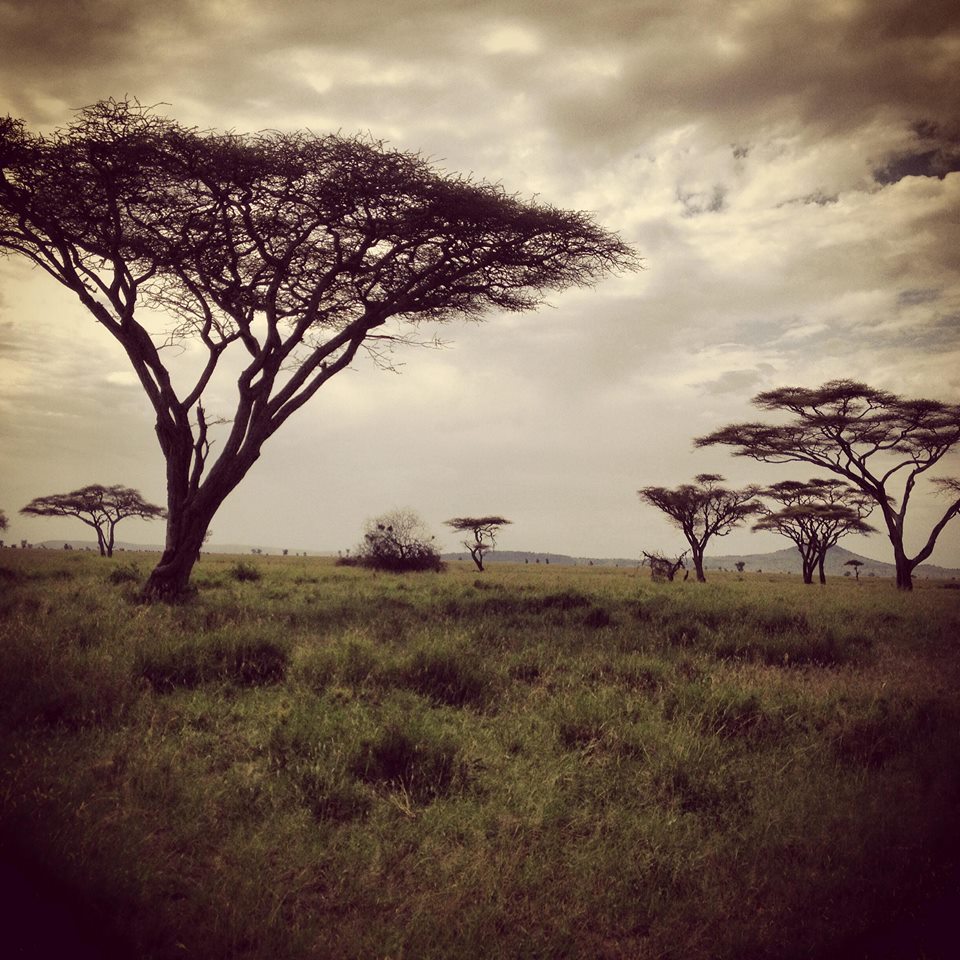 Acacia Trees in the Serengeti Landscape

Euphorbia – Symmetry in Nature, a species of Euphorbia at Bunda Campsite near the Serengeti

Zebras in the Serengeti National Park

A family of banded mongooses at the campsite in the Serengeti National Park, Tanzania

Giraffe in the Serengeti National Park

A pride of lions in the Serengeti National Park, Tanzania

Here I am with my year 6 students, and an old fashioned selfie in the wing mirror of the safari car.

Wing-mirror selfie in the Safari Jeep in Tanzania