Travelling back to the beginning of time is something I never thought I’d write about, as I am not Doctor Who, Marty McFly or Hermione Granger. But when I visited Olduvai Gorge I actually visited the place where human life began, without even setting foot in the TARDIS.

Located in the Great Rift Valley in Tanzania, Olduvai Gorge is the place where the origins of humankind were discovered. It is widely considered as the most important prehistoric site in the world as it holds the earliest evidence of the existence of human ancestors. 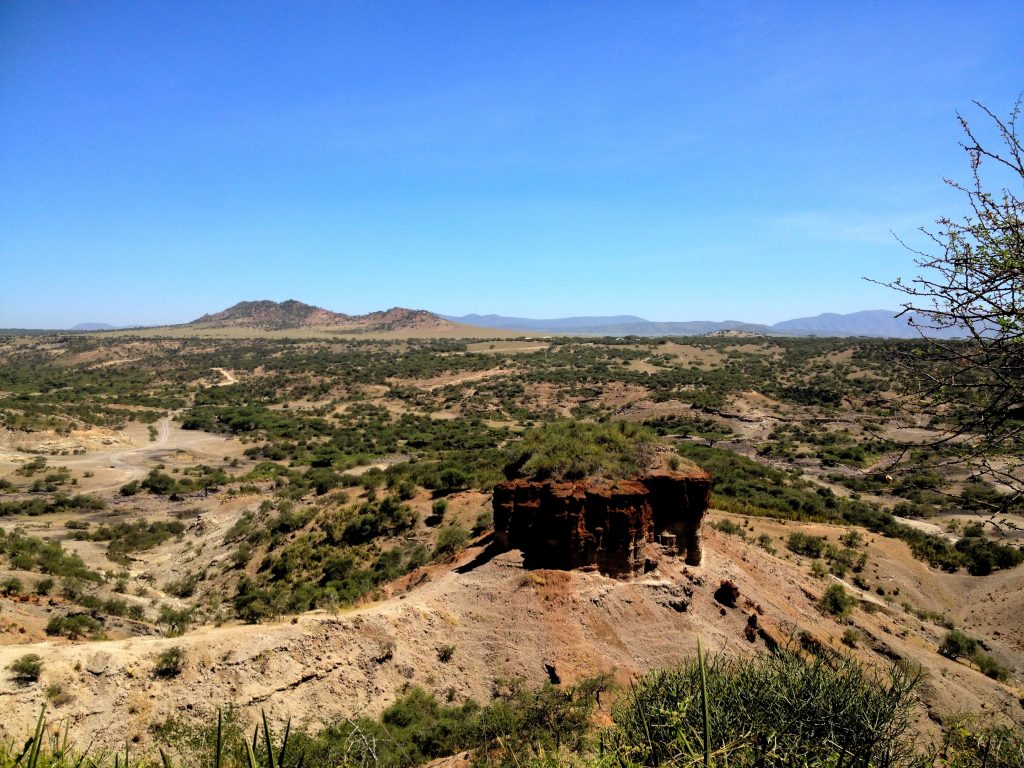 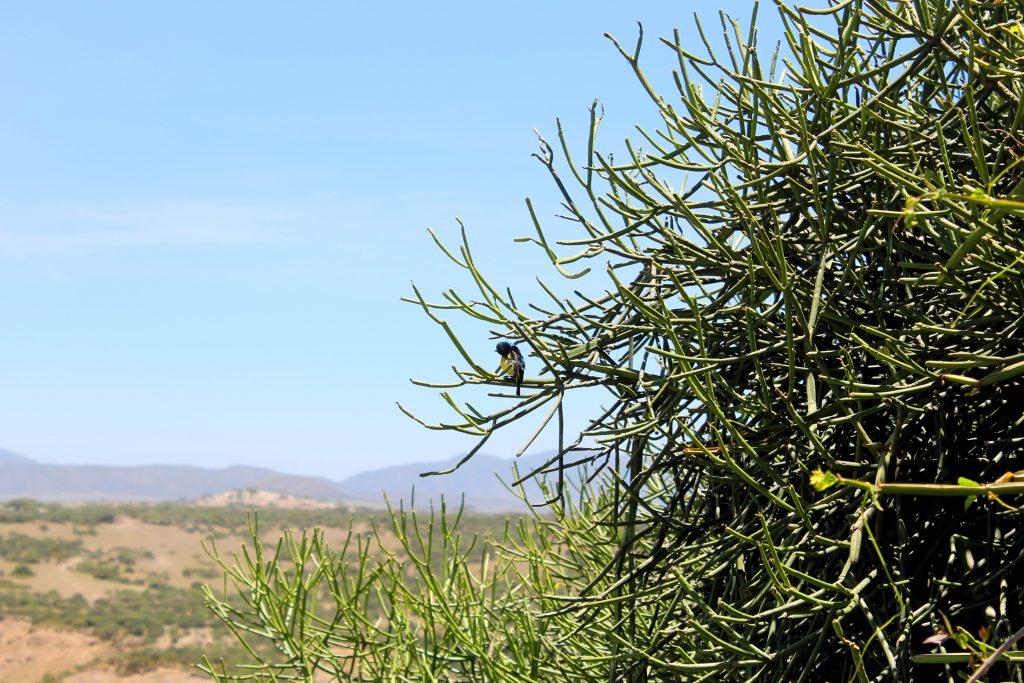 Yellow and blue weaver bird at Olduvai Gorge in Tanzania 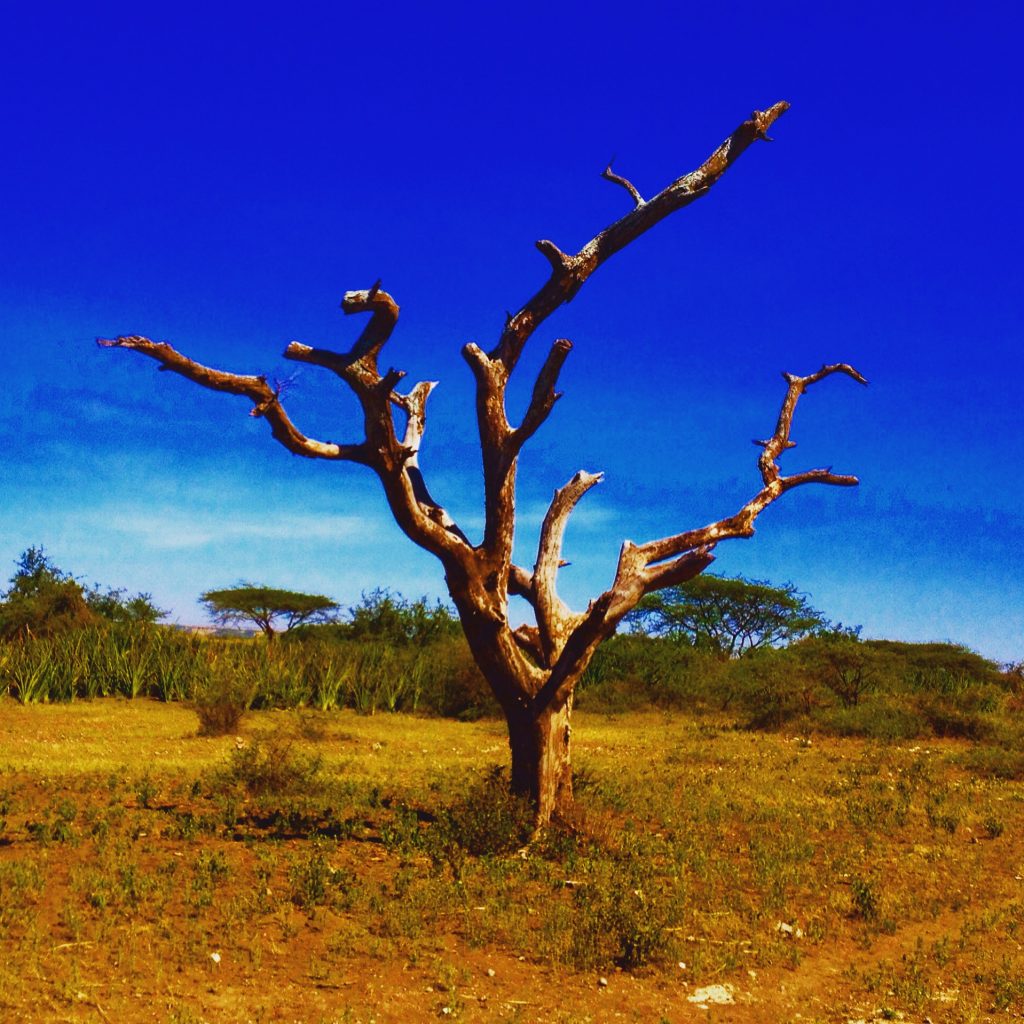 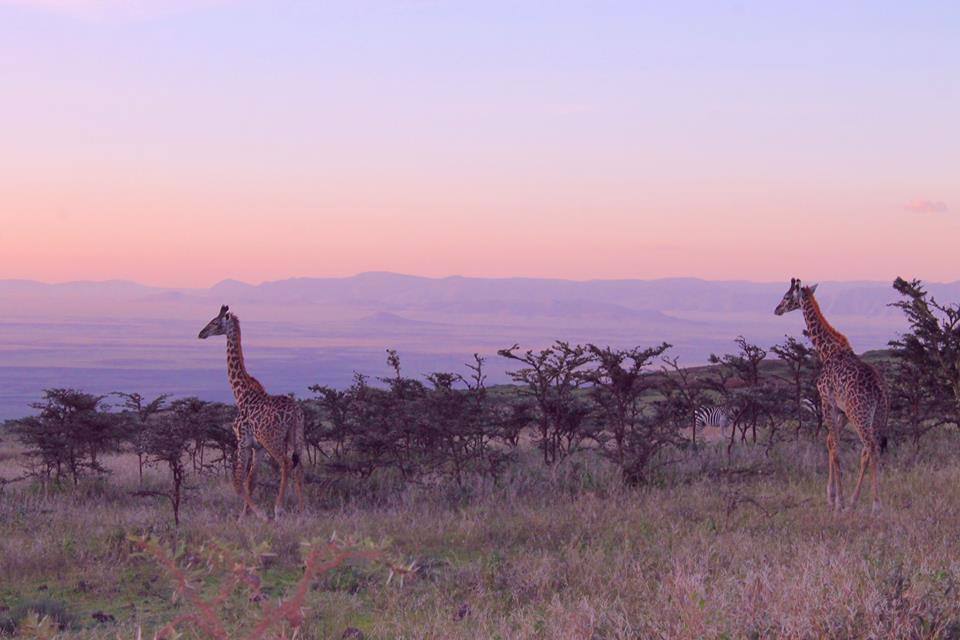 Zebras and giraffes in the Ngorongoro Conservation Area in Tanzania

Olduvai Gorge was formed about 30,000 years ago by aggressive geological activity and streams which erupted through volcanic activity. The area, situated between the Ngorongoro Crater and the Serengeti, is named after a Masai word for a plant which grows in the area. It is also known as Oldupai Gorge.

Here between layers of rock, that acted like a series of time capsules, paleoanthropologists unearthed hundreds of fossilised bones. The bones were found next to stone tools which had been shaped by human hands. It is estimated that the tools and bone fossils dated back approximately two million years.

The paleoanthropologist-archeologist team was led by British couple Louis Leakey and his wife Mary Leakey. The discoveries they made significantly changed the understanding of human evolution, leading  to the conclusion that humans evolved in Africa. 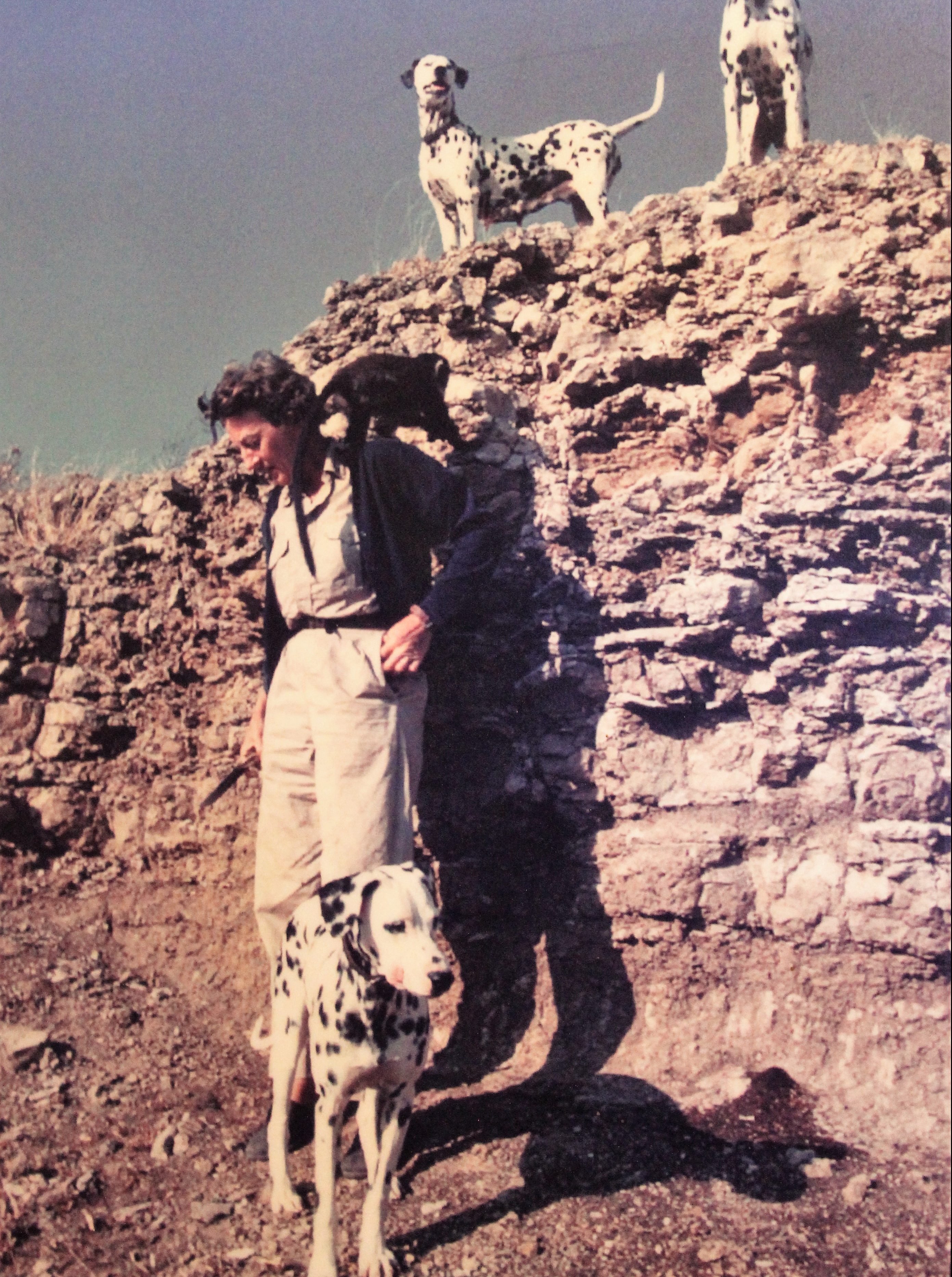 Mary Leaky at Olduvai in 1963 with her dalmations and pet monkey, Simon 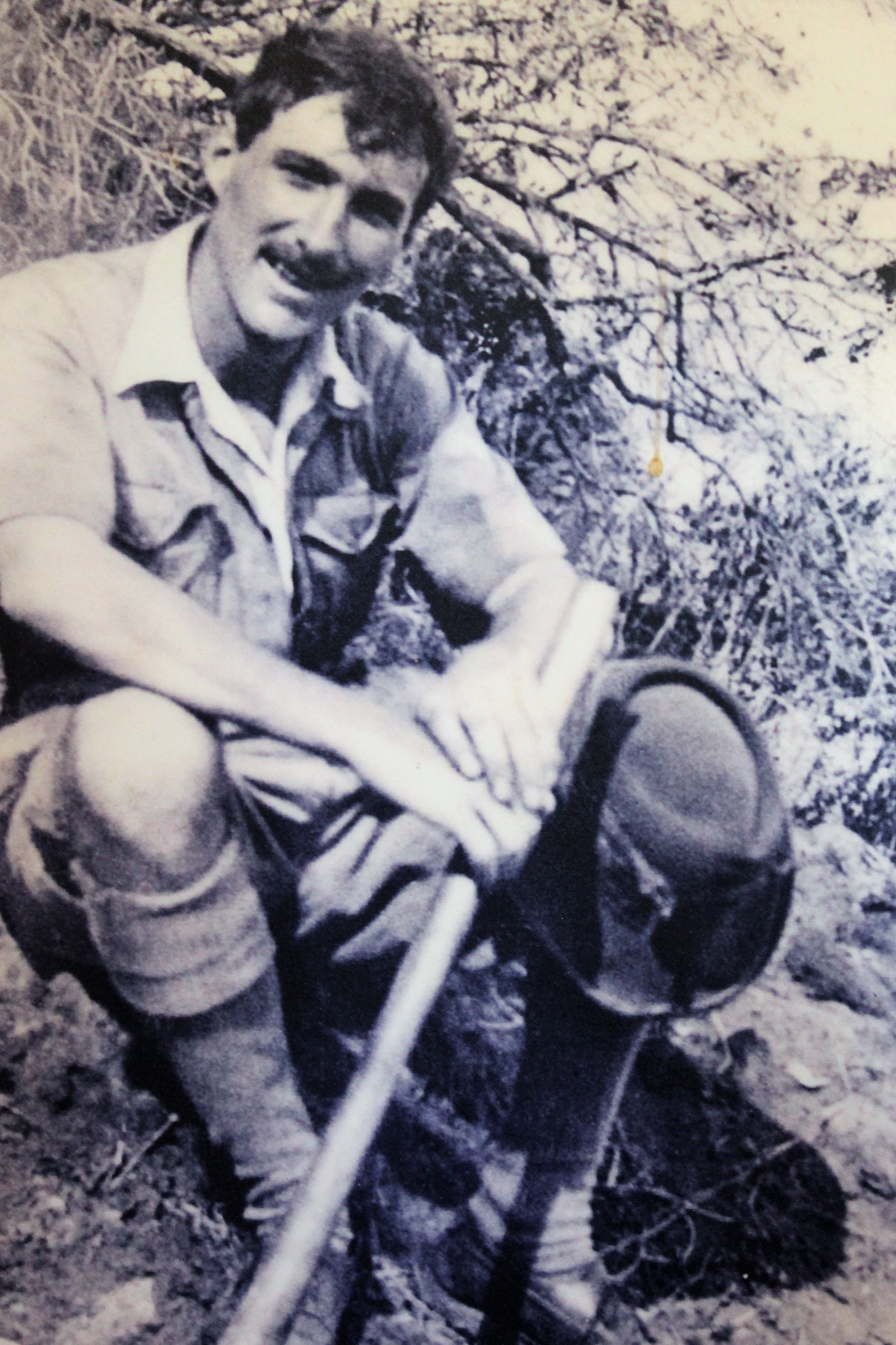 Louis Leakey at Tendaguru, Tanganynika in 1924 on one his first field expeditions

Important discoveries made by Mary Leakey

Mary Leakey’s big discovery was in 1949. She found a partial skull fossil of Proconsul Africanus, an ancestor of apes and humans that later evolved into the two distinct species.

Her find was truly remarkable. The fossil, believed to be 18 million years old, was the first species of the primate genus to be discovered from the Miocene era.

After Louis Leakey died in 1972, Mary continued to research and hunt for fossils. In 1979, nearly two decades after finding the skull, she discovered a trail of early human footprints. The footprints, found at Laetoli about 30 miles from Olduvai Gorge, had been preserved in volcanic rock 3.6 millions years old.  There were three separate tracks of a small-brained upright walking early hominid.

Imprints of these are displayed in the Olduvai Gorge museum.

Cast of footprints at Olduvai Gorge in the Great Riff Valley, Tanzania

The AGE-Old evolution and creationism debate

Visiting Olduvai Gorge leaves you with a weird feeling like you have indeed travelled back in time to the cradle of mankind. It also seems to support evolution 100 percent and laugh in the face of creationism. Saying this, as I was leaving the museum I overheard another visitor say to her friend: “You know, I don’t believe a word of it.” So I guess there are some people who just don’t want to believe in evolution even when faced with the facts.