The World Heritage listed Nazca Lines in Peru are considered to be one of history’s greatest mysteries.

The lines, which can only be seen from the air, were discovered in the early twentieth century, when aeroplanes started flying over the Nazca desert in Peru. Passengers reported seeing strange lines, figures, and shapes on the ground. Etched into the earth’s surface were enormous images of monkeys, birds, spiders, hummingbirds, condors, hands, fish, flowers, spirals, llamas and even a rather odd looking astronaut.

I first came across the Nazca Lines when I read Erich Von Däniken’s infamous book ‘Chariots of the Gods‘.

In his book, Swiss archaeologist Däniken claimed these images of animal and plants had been made by aliens. Däniken said the lines, created two thousand years ago, were the remains of an alien life form that had used the markings as a guide for a landing base in Peru. He believed that the lines were from the aliens that had used the airport to visit earth. I suppose it comes as no surprise that this was written in 1968 at the height of sixties psychedelia.

For decades, the Nazca lines have captured the imagination of historians, researchers, and tourists. After reading Däniken’s book, despite being a bit of a conspiracy theory cynic, I wanted to find out more too. So when I travelled to Peru, I made sure I would visit the  Nazca lines.

Getting into the four-seater Nazca Lines tourist plane, I really wasn’t sure what to expect, especially when they handed me a sick bag.

Flying over the desert out of the window you see nothing, apart from the monotonous desert tundra.  Then suddenly, a bit like a magic eye picture (if you remember what they are) the images appear – I could see the monkey, the flower, the swirl, the astronaut, the spider and the hummingbird. 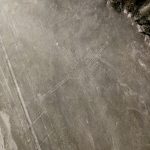 The Nazca Lines – The Hummingbird 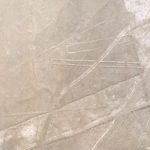 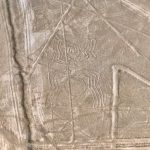 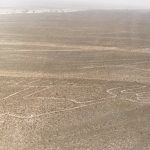 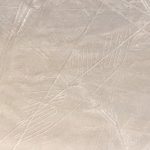 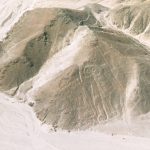 As we were landing, I could see one of the shapes close up. I could actually see how the lines had been made. By removing rocks and dirt the Nazca People to create a specific image.

Nobody knows why the different geoglyphs were drawn, but endless Nazca Lines theories have appeared to try to give meaning.

In the twenty-first century when we can find answers to most things, the Nazca Lines still remain of history’s greatest mysteries.